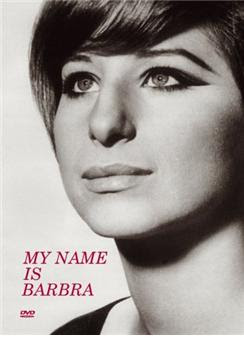 In 1966, Barbra Streisand was a Superstar ascendant, on a global scale . A striking,vibrant multi-talented performer, she evidenced a natural, ethnic beauty that set her apart from the demur, austere, aquiline beauties upon whom spotlights usually focused in nightclubs, theaters, and television studios.
After starting her career as an opening act on the nightclub circuit,Streisand electrified Broadway with her exuberant performance as comedienne Fanny Brice in the hit musical, FUNNY GIRL, winning a 1964 TONY Award for Best Actress in a Musical.She went on to star in the 1968, film version of FUNNY GIRL and won an OSCAR for recreating her Broadway portrait of Brice.

On April 28,1965,Streisand starred in her first television special for CBS-TV, MY NAME IS BARBRA , which was shot at the CBS Broadcast Center and on location at NYC's Bergdorf-Goodman store, in black and white.This program was honored with multiple EMMY awards.Here are clips, clearly demonstrating the sheer force of her voice and her formidable, stage presence, from that first special. Enjoy!!!!!

That special was followed on March 30, 1966 by COLOR ME BARBRA, shot at CBS in NYC and on location at the venerable,Philadelphia Museum of Art. 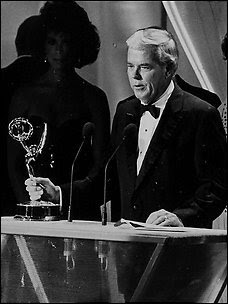 This was one of the Tiffany Network's , first major adventures in tinted TV, shot on location. CBS-TV sent brand new, Phillips-Norelco color cameras to shoot the Philadelphia elements of the show. Two of three cameras promptly failed. The end result is still a visually sumptuous treat, thanks to the tenacity of the production team.

Both shows were directed with a stylish, sophisticated touch by the legendary Dwight Hemion, who also directed FRANK SINATRA: A MAN & HIS MUSIC. Hemion's work reflected an elegance and elan that is missing in contemporary, musical television.

The following clip, showcasing a concert sequence from COLOR ME BARBRA, was videotaped at the CBS Broadcast Center in Manhattan. Enjoy!!!!!

Below is a "bonus" clip of sorts, that reminds us that the idea of a shared, global culture was born with the jet age of the 1960's. It's a 1966,BBC interview in which Streisand explains her art and commitment as a performer, conducted on a Trans-Atlantic airliner. Enjoy!!!!!