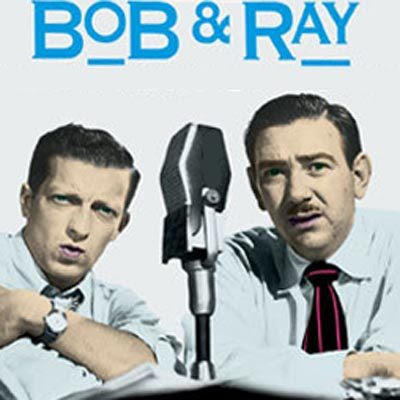 In the wacky and wondrous minds of consummate comedians Bob Elliot & Ray Goulding, early television programming may have benefited from the services of a referee.

The premise of this hilarious sketch from their sweet but sardonic, NBC television series is so focused and funny, that no more exposition is required.

Here from the KATHERINE'SDADDY1 YOU TUBE site is a rare clip of two, talented men who proved that three chimes mean good times every time the red light went on.

Enjoy this brief but brilliant episode of THE BOB & RAY SHOW.

Posted by PAGEONE at 9:21 PM No comments: 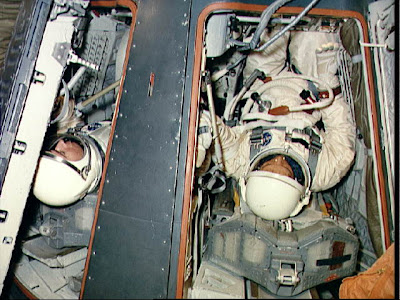 LIVE television and the American, manned space flight program were, truly, a marriage made in the heavens.

That's exactly where the story took millions of fascinated viewers, here and around the globe.

While American Astronauts and Soviet Cosmonauts explored the frontiers of space, broadcast journalists challenged the new frontier of LIVE, wall-to-wall,space coverage with the added advantage of COLOR television technology.

In 1966, NASA, the National Aeronautics and Space Administration, was conducting Project Gemini, the second phase in the mythic journey to set foot on the moon.

Starting in 1961, Project Mercury put pioneers like Alan Shepard and John Glenn into space and into orbit for the first time.

In the late 1960's. Project Apollo would propel men like Neil Armstrong and Buzz Aldrin to touch the surface of the Moon, for the first time in human history.

Project Gemini was the initiative that launched two men into space inside a single capsule to test the systems and cultivate the skills needed to leave Earth's orbit and reach for the stars. 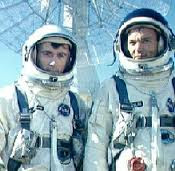 On a warm summer day in July of 1966, NASA would , first, launch a satellite atop an Atlas-Agena rocket into orbit.100 minutes later Gemini 10, with astronauts John Young and Michael Collins ( who, 3 years later, went to lunar orbit in Apollo 11 ) aboard, roared aloft, atop a Minuteman ballistic missile.

Once in orbit, they would target the satellite and dock with it, high above the Earth.Perfecting the rendezvous maneuver at high velocity in space, was imperative for the Project Apollo lunar landing system to work. Astronaut Young also made a daring Space Walk or EVA ( extra vehicular activity).

In 1966,ABC-TV was a network that appealed to the very young viewers with shows like BATMAN, SHINDIG! and THE FLINTSTONES.But,its news division, which would become the gold standard for network news coverage in the 1990's under the iconic Roone Arledge, was under-funded and under-watched.

It's an age old formula in television,and you don't need to understand complex,orbital mechanics to do the math:
limited resources = low ratings + low revenues. 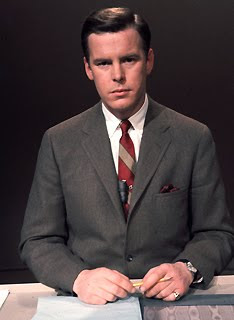 Even with an honorable news product , plus talented ,versatile,young correspondents like Peter Jennings, Steve Bell and Ted Koppel and the added expertise of space specialist, reporter Jules Bergman, ABC could command respect, but not an audience.

They simply could not compete with CBS's Walter Cronkite or NBC's Chet Huntley & David Brinkley. Nor could ABC overcome the fact that their rival networks had more affiliated stations to deliver their coverage to many more loyal, news viewers.

Here from the efan 2011 YOU TUBE SITE , is a short clip from an ABC NEWS SPECIAL REPORT on the launch of the Atlas Agena rocket and the Gemini 10 spacecraft. Enjoy!!

Posted by PAGEONE at 3:25 PM No comments: 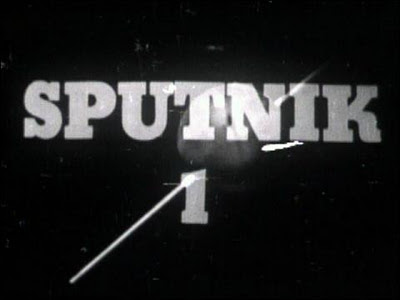 There was a day in the Fall of 1957 when America looked to the heavens and CBS News turned its Eye to the skies, as the Soviet Union made history, high above the earth.

This nation's Cold War adversary pulled off a cosmic coup, by launching the very first artificial, Earth satellite into orbit on October 4, 1957.

But, it was the sound of the tiny spacecraft that unnerved people all over the planet.

Emitting a rhythmic, high-pitched radio signal, about the size of a basketball and circling the globe about every 90 minutes, silvery SPUTNIK 1 fascinated and frightened average Americans. 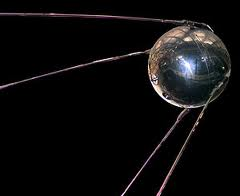 It provoked the White House, the Pentagon and the Scientific community into reflexive and responsive action.The U.S.A.'s struggling Ballistic Missile Program was quickly reorganized and infused with new resources.

A team was assigned to produce a CBS NEWS SPECIAL REPORT that would provide clarity and context to a story that truly was way over our heads.

It aired, LIVE on the Tiffany Network, two days after the historic launch on October 6, 1957.