FROM KINESCOPE HD TO YOU AND YOUR FAMILY: WARM WISHES FOR A JOYOUS HOLIDAY SEASON- MERRY CHRISTMAS & HAPPY, HEALTHY 2011!!!! 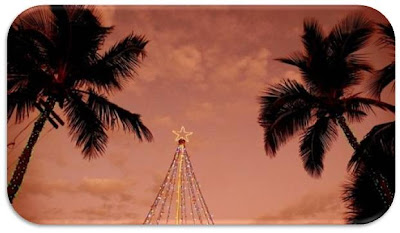 Here's a yuletide present for all who are kind enough to visit KINESCOPE HD.

It's the 1957, Frank Sinatra and Bing Crosby Christmas Special, HAPPY HOLIDAYS FROM FRANK AND BING. The show was directed by Old Blue Eyes as a special edition of his ABC-TV variety series.The warm and relaxed half hour was filmed at the Hollywood studios of 20th Century Fox,and aired on December 20, 1957. 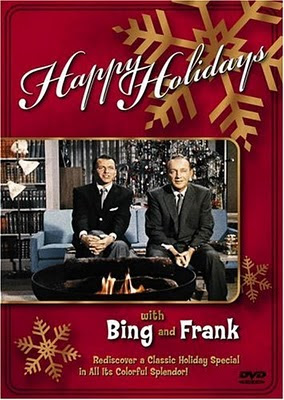 Set in a stylized vision of a mid-1950's Beverly Hills bachelor pad, Crosby and Sinatra, the two consummate crooners of their time, swing to Christmas favorites while sharing a flagon of egg nog or two.In a nod to Eisenhower-era convention among the idle-rich, Leon Lontoc appears as Frank's butler. Nelson Riddle and his Orchestra provided the musical support, while the hipster dialog was written by William Morrow.

The Chairman of The Board (as New York, Disc Jockey William B. William had christened Sinatra) decided to have the program filmed in color, with a prescient eye towards durable, future distribution.

But, at that time, the alphabet network had only monochrome, broadcast capability, so it was telecast in vivid Black & White.

The version posted below from the RETROSPECTAVIDEO YOU TUBE site, may actually be the colorized version of the special that commissioned by the Sinatra family in October of 2003.

The performers, however, like their musical selections, are timeless Enjoy!!!!

Television viewers across America and around the globe have loved Lucy since CBS first introduced us to the henna-headed heroine of a thousand hare-brained schemes in the Fall of 1951.

The show was I LOVE LUCY and it was a true Templar for the multi-camera, situation comedies that endure ,even, to this day on network television. 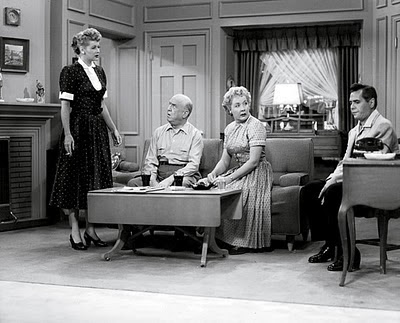 You know the back story:

Insistent,impish and indefatigable Lucy Ricardo ( Lucille Ball ) craves the showbiz spotlight even more than her bandleader husband,Ricky ( Desi Arnaz ). In pursuit of fame and fortune Lucy enlists landlord/neighbor Ethel Mertz ( Vivian Vance ) as her co-conspirator in comic capers, while Ethel's husband, Fred Mertz ( William Frawley ) always has to help Ricky in cleaning up the rubble of Lucy's latest,laughable adventure.

In the Fall of 1957, Desi and Lucy's Desilu Productions had just purchased RKO Studios and rapidly became the largest producer of filmed comedy in television. The pressure on the pair was increasing. After 8 years of critical accolades and audience adoration, as ratings started to decline and as the real life marriage of Lucille Ball and Desi Arnaz became fraught with tension of Desi's drinking and womanizing,both the network and theArnaz's decided it was time to revamp the beloved series. 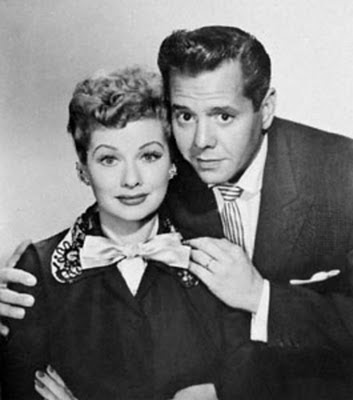 The solution was to do fewer episodes, but to extend them to a one hour format, studded with guest stars that Lucy would aggravate to comic extremes. The Ricardo's would move to the suburbs and the Mertze's would go with them.

Producing just 13 episodes per season,the super-sized sitcom alternated with another Desilu production. It was a new anthology hour that Arnaz sold to CBS-TV for the Monday night, 10PM time slot, called WESTINGHOUSE PRESENTS THE DESILU PLAYHOUSE. 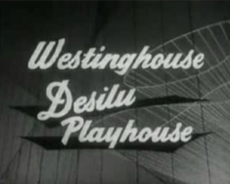 Desi Arnaz produced and hosted the stylish, expansive series, which was an incubator for Desilu produced pilots, that included THE UNTOUCHABLES ( sold as a series to ABC-TV, when CBS passed ) and an hour called THE TIME ELEMENT, which served as a test episode for the Tiffany network's iconic, sci-fi/fantasy series THE TWILIGHT ZONE.

Below, we have posted six clips from the XDESILU YOU TUBE site, which constitute one episode of THE LUCY-DESI COMEDY HOUR ( originally titled as A LUCILLE BALL-DESI ARNAZ COMEDY SPECIAL)that aired on December 1st , 1958.

It's brings together the rambunctious redhead with the voluble Danny Thomas and the cast of characters from his MAKE ROOM FOR DADDY series, in a vibrant example of early , prime-time, crossover programming. Enjoy!!!!

But,first, from the MISSLILLYBLUE YOU TUBE site, here's a word from their sponsor. See what happens when Lucy and Ricky visit their local Ford dealer and see the ne, 1957 Ford Retractable Top Convertible. Enjoy!!!!

In the 1960's, Color television may not have always made comedy seem funnier, but it did provide a vibrant, vivid canvas for a multi-talented performer.

On November 5, 1962, NBC presented a comic symphony in red , as the funny, formdiable Danny Kaye and his special guest, a true American video icon , Lucille Ball, came together for an hour of henna-tinted television .

The DANNY KAYE SPECIAL, was directed at NBC's Burbank studios by Greg Garrison (who also guided network series for Milton Berle and Dean Martin) and was written by accomplished, variety veteran Ernest Chambers in concert with Kaye's collaborator in show business and in life, his wife, Sylvia Fine Kaye.

The special showcased the superlative comedic skills of two respected and beloved performers in their primacy.It also proved to be a precursor to the kinetic Kaye's CBS-TV variety series, which ran from 1963 to 1967 and which received many critical accolades and industry awards.

THE DANNY KAYE SPECIAL also won the acclaim of reviewers, along with Emmy nominations and Director's Guild of America recognition.

The first clip posted, below,from OLDTVHISTORY YOU TUBE site is an excerpt of sketch about a shy couple on a date at a Japanese restaurant. This video comes from the NBC 50th Anniversary show which aired in 1976 and starts with narration from Johnny Carson. Enjoy!!!!

As a bonus, here is a longer excerpt of the same sketch from the HUILIFOJ YOU TUBE site, but recorded as a Black and White kinescope. Enjoy!!!!


Danny Kaye and Lucille Ball in B & W

As a second bonus, here is an updated , re-envisioning of the "dining on a date" sketch, now set in a French restaurant, that comes from the HUILIFOJ YOU TUBE site and appears to have aired as a part of Kaye's CBS-TV series. Enjoy!!!!

Danny Kaye and Lucille Ball in COLOR on CBS-TV
Posted by PAGEONE at 12:43 PM No comments:

Now,from the secret files of KINESCOPE HD comes a story so powerful, dangerous and daring that it has been kept under a clandestine...er...eh...ah... What? Too much local news hype?

Okay, the story posted below didn't really change the world.It's just one of the funniest moments you'll ever see on a LIVE newscast.

I know. I was there and fortunate to have served as executive producer of CHANNEL 13 EYEWITNESS NEWS.

But, before we go back to the videotape... 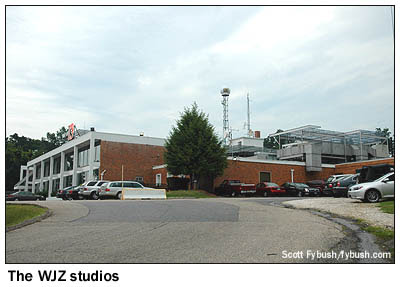 It was the first night of Hanukkah,1979,and high atop Baltimore's Television Hill, in the WJZ-TV studios, producers wanted to do a LIVE talkback with a Rabbi and his family to explain the significance and history of this ancient Hebrew celebration.

Rabbi Bradley Bleefeld of the Baltimore Hebrew Congregation agreed to explain the story behind the traditional lighting of the menorah , accompanied by his wife and two sons, while the comely Talmudic tableau was to be captured ,LIVE, by EYEWITNESS NEWS camera person Carol Kummer and technician Carmine Lisciandrello.

In the studio, legendary, Baltimore Anchorman Jerry Turner was paired with the fast and funny newsman,Richard Sher, on this infamous night. Producer Nanette Wilson was in the control room, navigating through EYEWITNESS NEWS AT 6pm, which was Maryland's most watched news program.It was a relatively quite news day...until...

Well ... keep an eye on the little guy on the right side of the frame and enjoy!!!!