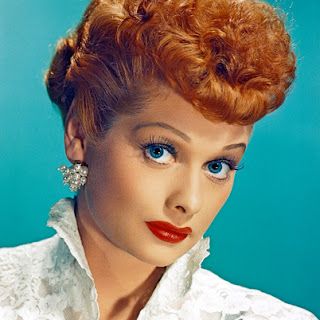 Television's Queen of Comedy bet her kingdom to give American Television two of its greatest dramatic hours.

In 1966, the mighty CBS Network resumed its annual ritual of convincing and cajoling TV's reigning redhead,Lucille Ball, to continue with her hit series on the TIFFANY NETWORK, THE LUCY SHOW.

This was a complex negotiation , each year, because they were dealing with two Lucy's.

One was the driven and demanding actress, who rehearsed every LUCY SHOW script until it looked like it was spontaneous to the large and loyal audience.

But, in addition to her comedic career, the "other" Lucy was the president of DESILU STUDIOS, the production company that she and her ex-husband, video visionary and pioneer producer, Desi Arnaz, founded in the early 1950's to launch I LOVE LUCY.

In the 1950's and 1960's, DESILU was to television , everything that MGM was to the movies in the 30's and 40's. No surprise. Both Ball and Arnaz  had started their Hollywood careers acting  in feature films. They actually met at RKO STUDIOS, which they purchased and folded into DESILU in 1957. DESILU was a small studio with the biggest hits on the little screen.

Most of their work landed on CBS. It was a prolific and profitable partnership.

To keep Lucy on the air and in the fold, CBS offered a financial incentive that was tailor-made for a studio executive. Because of her show's formidable ratings ( high, but not I LOVE LUCY high), she was given a "development" fund. It was her choice to invest in the production of pilot episodes for new DESILU series, or keep the money for herself. 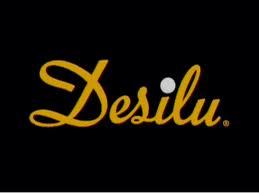 She elected to invest in DESILU's future and with it in two unique pilots. One was for NBC and  was described by its creator, Gene Roddenbery as "WAGON TRAIN  to the stars."

That show was STAR TREK.  Do I need to say more?

Producer Bruce Geller had a different, but intriguing, vision for another show that would have the intensity and action of  sophisticated "heist" films like RIFIFI or TOPKAPI, but set in the shadowy world of espionage against an international backdrop. DESILU took it to CBS.

It was called MISSION:IMPOSSIBLE.

Both pilots , shot in COLOR, made their way to the Fall 1966 Prime Time Schedule. Both made television history and both left amazing legacies that manifested themselves  in feature films.

The legend and lore of STAR TREK fills volume after volume.

The heritage of  MISSION:IMPOSSIBLE, like the operatives who work for the Impossible Mission Force, has a lower profile.

The terse and tense exposition of the show changed the architecture of  action dramas on television. The stories were meticulously crafted and often had to be written backwards to make sense. It was well known that in the late 1960's President Lyndon Johnson was one of the show's biggest fans. The show had a pace and a presence that was Spartan but suspenseful. Propelled by Lalo Schifrin's pulsating theme and eccentric casting ( Wally Cox as the point-person in a Spy caper?:) , the show ran from 1966 to 1973 on CBS.

Here, from the DON FOLEY you tube site, here is the 1966 Pilot for MISSION:IMPOSSIBLE. 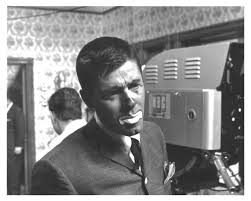 Nobody could ever accuse Jerry Lewis of comedic cowardice.

His life and career are a testament to the risks and rewards of working in the Funny Business.

At what may have been the zenith of his career in the late 1950's, when he was globally adored by children and adults, coveted by Paramount Pictures, where the films he produced and in which he starred broke box office records,when he was in high demand by nightclubs and television networks, he decided that it was time to take a dramatic star turn on NBC-TV'S LINCOLN MERCURY STAR TIME.

Co-starring with Anna Maria Alberghetti, Molly Picon, Eduard Franz , Joey Faye and Del Moore, Lewis brought his own  unique talents to a modernized telling of the Sampson Raphaelson story of a performer who faces a moral choice between his Father and his Faith or Stardom and Success. 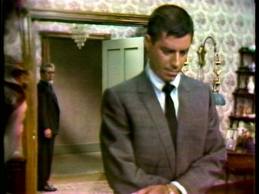 It was recorded at NBC Burbank on 2 inch, COLOR  videotape and manually edited. The production design and detailed sets seem to stand the test of time. You judge the performances.

Here , from the Joao Antônio Franz dos Santos YOU TUBE site, is THE JAZZ SINGER.