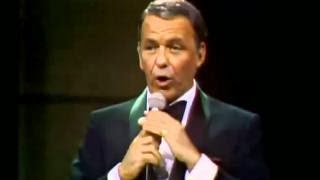 What better way to start the holiday season than spending Friday with Frank?

As Sinatra swung through the Sixties, his frequent specials were truly event television.

Here, in a clip from the EliaIglesias1121 YOU TUBE site, is the Chairman of the Board musically presaging the Apollo 11 lunar landing, backed by Don Costa and the big band on FLY ME TO THE MOON. 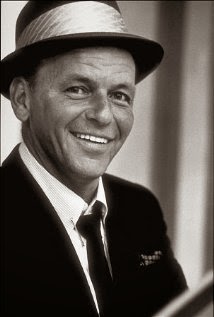 Frank Sinatra was the King of The World , before Earth's continents were digitally connected.

His voice could be heard anywhere on the planet, long before the age of global media.

That sound, textured by Jack Daniels, lived between the grooves of a vinyl disc, in the waves emanating from a hometown Radio outlet, or embedded in the scan lines of a local TV Station.

Sinatra was Show Biz Royalty and Italy was his ancestral home.

During a 1962 global tour in support of Children's charities, Old Blues did a monochrome concert on RAI-TV, then Italy's primary television network.

The Chairman of the Board's singing voice , in this studio session backed by pianist Bill Miller's sextet, is unmistakable, exhilarating and authentic.

The same cannot be said for the scratchy baritone who dubbed his few spoken lines into Italian.

Frank does 12 standards , in abridged arrangements by Neil Hefti , who composed the scores for such eclectic video efforts as THE ODD COUPLE and BATMAN.

Here from the HONEYBEE7700 YOU TUBE site is FRANK SINATRA IN ITALY.