Call it a a near-cosmic confluence of comic stars in the night.

On a December night in 1962, THE JACK PAAR SHOW,the presumed centerpiece of NBC-TV's Friday night,Prime Time Schedule was on the air, LIVE and in LIVING COLOR from 30 Rockefeller Plaza.

Erudite, affable and volatile Jack Paar had just abdicated his throne as the King of late night television, when he left THE TONIGHT SHOW to host a weekly comedy , variety and talk program for NBC.

In response the network installed a another career-broadcaster and stand-up comedian, Johnny Carson, as the new Prince of Post-Prime Time TV.

A visceral performer who wore his thread-bare emotions on his well-tailored sleeves, Paar was tired of delivering five shows per week,over 12 months. He liked the idea of focusing on sixty minutes of high voltage, thought-provoking, laugh-inducing television, and to do it just 26 weeks a year.

Paar was able to introduce the most interesting people on the planet to his audience and along the way brought some of the funniest performers of the Camelot-era to his stage.

The incomparable Jonathan Winters improvised without limits. Tom Lehrer waxed satirically in song about the state of humanity.America was introduced to the wholesome,observational comedy of a young Temple University grad, Bill Cosby.

But on this night, an insecure intellectual, who was making a national name and his comic bones working some of the country's hippest nightspots, was making a belated appearance on the show.

Long before he was acclaimed by cinemaphiles as an auteur, Woody Allen was a stand-up comedian.

A guest shot on the JACK PAAR SHOW was a career aspiration for Allen. 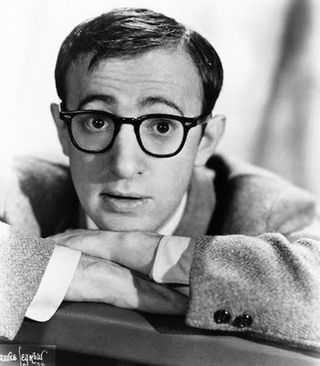 As often happens on a LIVE show, the clock moves faster than the guests and the 27 year old, Allen had been bumped from the program three times in three weeks.

Paar, who exuded empathy, felt so bad that he yielded the minutes allocated for his weekly monologue to the hip, young comedian.

Here, from the STANDAPARTCOMEDY YOU TUBE site, is Woody Allen's debut on THE JACK PAAR SHOW.

IRONSIDE BLOWS AWAY THE AUDIENCE , CRITICS & THE COMPETITION - NBC-TV - CIRCA SEPTEMBER 28, 1967 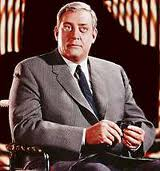 1960's, conventional television wisdom said that hero detectives were never vulnerable, they worked alone and they rolled up to a crime scene in a hot, new convertible, not a paisley-patterned wheelchair.

But, 1967 was a time of change in society and in network television.

Conventional wisdom on the home screen was quickly being replaced by creative upheaval.

IRONSIDE, the smart and engrossing mystery series that Universal Television produced for NBC-TV proved to be an instant hit, that ran for 8 seasons.

The fast-paced hour helped to blaze new paths in storytelling and in production technique. It was as close as commercial television got to Cinema Verite in style with an occasional pinch of psychedelic, editing sensibility.

The ironic drama broke a lot of rules, and in doing so , it made for fun and fascinating television.

In a season when the Prime Time Schedule had more spies than the back streets of  East Berlin, NBC rolled the dice on a cop show.A genre that was believed to be on the decline. CBS  and Desilu Studios did the same that year with MANNIX.

Both networks made a smart call.

The bold, but gritty graphic look made a statement about innovation. If television had a New Wave, Thursday night  at 8:30pm on NBC would be the beachhead. 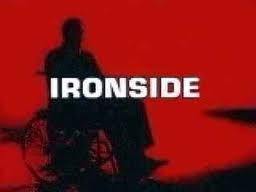 In a high velocity opening scene, the irascible Robert T. Ironside, Chief of Detectives for the San Francisco Police Department, is gunned down during a solitary,drunken weekend at his weekend gataway...a chicken ranch... just scant minutes after the Peacock unfurled his plumage.

The vibrant, pulsating theme by Quincy Jones ( later used in the Kill Bill Films ) set the scene for an arcane tour of  1960's , Haight-Ashbury, Hippie culture as Ironside pulls together a team, comprised of a cynical,veteran detective, an heiress with a conscience who became a cop and a young driver ,with no love for police authority who, himself, will carry  a badge before the series ends, which spends the balance of this two hour , NBC World Premiere Movie searching for the would be assassin.

The lead character doesn't live in a swinging bachelor-pad, like most TV detectives or super spies of the era.The S.F.P.D. Commissioner gives Ironside a store-room  at police headquarters, that could be viewed as a a primitive attempt at providing an accessible living space for the physically challenged.

The former Chief, now head of a special, crime-busting unit of the department, travels in a rebuilt police van that has sophisticated ( by mid-sixties definition ) electronic devices to aid in crime solving.

Along the way , star Raymond Burr, who lept from the epic run of PERRY MASON on CBS-TV, into this pilot film, offers an impassioned , if sardonic,examination of the challenges faced by a stubborn,independent, vital man who is suddenly confined to a wheelchair.

Many viewers and critics were surprised by Burr's emotional and even comedic,range after the years of playing the suave but restrained Barrister Mason on the Tiffany Network.

NBC brought IRONSIDE back as a movie for television in 1993, starring Burr and much of the original cast.

The  Peacock Network had already revived PERRY MASON, as a mini-series, of sorts. with Burr in the lead.

It was Raymond Burr's death that closed the file on both of these incomparable , crime fighting characters.

Here , posted below, from the SALE GUY You Tube site, is Episode 3 from Season 1 of IRONSIDE. ENJOY!!!!!!