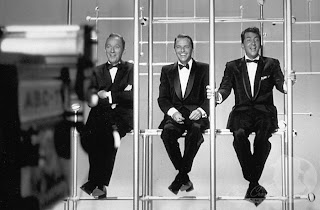 Are there two words in all of show business that still signal electrifying entertainment more than "Frank Sinatra?"

Still holds true, long since his amazing voice was silenced.

On October 19 1958, Old Blue-eyes starred in one of a series of music and comedy specials on ABC-TV (referred to then, by some, as the Anemic Broadcasting Company:) he'd been hosting for Timex watches since the Fall of 1957.

The production values, were by 1950's standards, spartan in their elegance.

The music was vibrant and vital.

The hour is replete with favorites from the songbook of Sinatra standards. 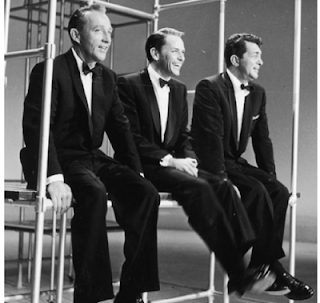 Be sure to check-out the LIVE commercial with spokesman John Cameron Swayze!!:)

Posted by PAGEONE at 1:57 PM No comments: 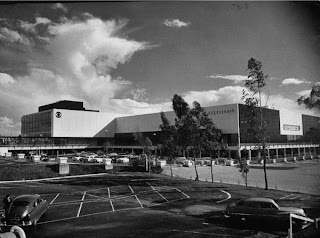 CBS TELEVISION CITY was, at the dawn of television, a brilliant solution to a daunting problem.

New York City studio space for local and network television was ,all but, maxed out in the early 1950's,as production for the nascent medium grew at an amazing pace.

20 hours per week of programming for the Tiffany Network was being produced by Philadelphia's WCAU-TV alone,plus a wide-range of shows that were originating from Chicago

As the coaxial cable connected America's East and West coasts, the opportunity to expand facilities presented itself.

CBS scion William Paley and his company's visionary president, Dr. Frank Stanton,crafted a plan to build a groundbreaking, vibrant, expansive Los Angeles facility that would not only meet current video needs, but offer options for growth in the years ahead.

In the Fall of 1953, the legendary Edward R. Murrow and his SEE IT NOW documentary team prduced the rare look at CBS TELEVISION CITY that posted below.

The program is in two clips from the CBSMEDIA YOU TUBE site. Enjoy!!!!