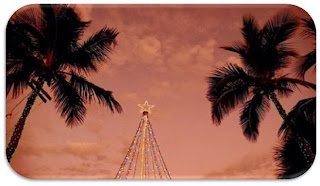 We LOVE the Holidays at KINESCOPE HD.

Like most  tenacious television viewers, we prefer the white, fluffy snow that falls from the sky at the Yuletide season , to  the electronic kind that says you've lost your cable connection.

Around Thanksgiving, here at KINESCOPE HD MASTER CONTROL, we rush to the cable guide to look for the  latest holiday offerings from MICHEAL BUBLE or a classic film like WHITE CHRISTMAS.

One nostalgic, vintage video tradition that we celebrate, each year, is to watch one of the vibrant, upbeat, ANDY WILLIAMS HOLIDAY SPECIALS, produced at NBC's cavernous studios in Burbank,Ca.in the 60's.

Shot in LIVING COLOR ,through the warm, rich prism of RCA TK-41cameras, and mounted with vivid,meticulous production values, these shows offer a stylish frame for the wholesome portrait of a lyrical Family Christmas that Williams painted, in league with his Children, Siblings ( The Williams Bros.) , Guest starts and even his Parents.

So, here is a present of sorts to you, our few and loyal followers, proffered with our sincere thanks!!!

From the DEIDRE WILSON YOU TUBE site, a sampler of the very best ANDY WILLIAMS CHRISTMAS SHOWS. Enjoy!!! 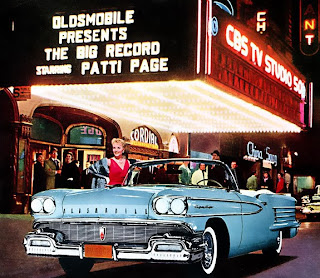 Miss Patti Page was the "singing rage" in 1950's America.

Celebrated for her hit recording of THE TENNESSEE WALTZ, Patti Page was sweet as a mint julep on a sultry, summer day, with a pert crown of blond hair and an incandescent smile.

Patti Page had a husky singing voice that was tinged with honey.

Aquiline and approachable , she wasn't "the girl the next door," but she was the kindly, inviting, suburban neighbor that folks adored.

Combine those characteristics with a high octane vocal power  and you can see why the venerable Oldsmobile Division of General Motors sponsored her CBS-TV series, THE BIG RECORD.

The monochrome, musical variety hour was mounted as direct competition to NBC's long-tenured YOUR HIT PARADE, which had been presenting the USA's favorite tunes since it debuted on radio in the 1930's. While YOUR HIT PARADE gauged the popularity of a song by tracking sales of records and sheet music plus radio airplay, THE BIG RECORD wanted to strike a more contemporary chord. It focused on hit, 45 RPM singles from a wide range of artists.

The Wednesday night songfest ( airing at 8PM EST) lasted only one year on the Tiffany Network, in the 1957-58 Television Season. Oldsmobile gave Patti Page a lift to ABC for another year of THE OLDSMOBILE SHOW STARRING PATTI PAGE.

One footnote : Video Visionary Gary Smith, who would, with producing partner Dwight Hemion, go on to create some of the most amazing and memorable variety programming in television history, served as scenic designer for THE BIG RECORD. Enjoy!!!!