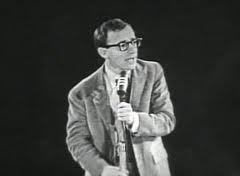 In the years prior to finding his voice as an auteur,Allen cultivated his hip, comic persona as the embodiment of New York neurosis.

While he learned to deftly weave ironic, if understated, tales of Manhattan in vivid, silver nitrate, he was pumping out punchlines in Living Color on NBC.

Below is a rare clip showing one of King's earliest appearances on NBC-TV's prime time JACK PAAR SHOW from the STANDAPARTCOMEDY YOU TUBE site.Enjoy!!!!

In 1959, when television was starting to emerge from the dark ages, Playboy Magazine's founder and publisher, Hugh M. Hefner, inadvertently turned his burgeoning empire into a vertically integrated, multi-media company.

Hefner, who was urbane, erudite, and a shameless self-promoter, realized that the best way to bring new readers to the pages of his controversial men's mag was to create a video version of his publication and the lifestyle it espoused. 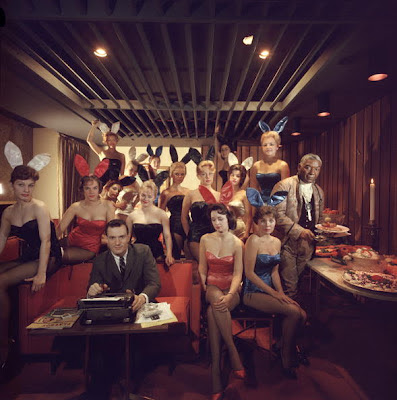 But, with the magazine's nude images of voluptuous women ,provocative social commentary and literature for adults only, it was unlikely that a local television station would put its reputation or F.C.C. license on the line to carry a show, rooted in the glossy publication, that was fraught potential community problems.

Hefner was undeterred and assembled a team of television pros to create PLAYBOY'S PENTHOUSE, a syndicated talk/variety show that was taped at the ABC television station in Chicago.

The free-wheeling , star-studded show was the living embodiment of the Playboy Philosophy and offered late night viewers a glittering glimpse into a sophisticated, world of hipsters where politics,promiscuity and performance were mixed to create a potent,cultural cocktail in living black and white.

Here from the DJJULIA YOU TUBE SITE is the opening segment from the debut of PLAYBOY'S PENTHOUSE.Enjoy!!!

Posted by PAGEONE at 9:32 PM No comments: 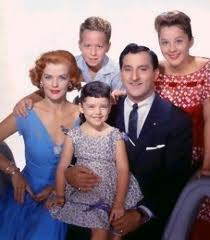 Thomas, who was born Amos Jacobs in Deerfield,MI,faced and overcame two great challenges in Prime Time Television History: His Emmy-winning series, MAKE ROOM FOR DADDY, was one of the very first hit shows on the struggling ABC-TV network, running from 1953 to 1957.

Next,when the show ,rechristened as THE DANNY THOMAS SHOW, defected to CBS-TV in 1958, it moved into the time slot vacated by mega-hit,I LOVE LUCY, and continued to dominate the CBS Monday schedule.

The series was a Monday night tradition until Thomas took it off the air in the 1964 television season.Along the way it spawned many, enduring sitcom spinoffs, including THE ANDY GRIFFITH SHOW, GOMER PYLE U.S.M.C., THE JOEY BISHOP SHOW & THE DICK VAN DYKE SHOW.

THE DANNY THOMAS SHOW was a comic confection that was alternately sweet and tart, but which always offered a moral lesson born of good natured tumult. It is , in my humble opinion, the true progenitor of THE COSBY SHOW.

SIXTIES TEEN IDOL PASSES AWAY - THE DEATH OF DAVY JONES - CIRCA FEBRUARY 29, 2012 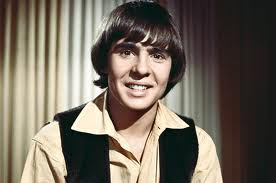 For every American teenager of the swinging sixties,who fancied him or herself to be a Daydream Believer, this day offered a sobering reminder of Baby Boomer mortality.

It was a bitter moment of realization that evoked sweet memories of a mod youth in a kinetic time.

It's hard for millennial's to understand our generation's fascination with a group that was originally derided as The Pre-Fab Four, because they were cast by Screen Gems Studios and The Peacock Network to star in a television series that would capture the energy of youth and to record music that others wrote. 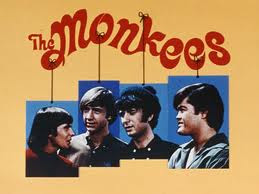 But, I suspect that anyone who loves Justin Bieber can understand why Baby Boomers had a special appreciation for the diminutive , British export , who was the object of Marcia Brady's affection.


He traded a career as a jockey for the showbiz rat race. He was appearing on Broadway in OLIVER , when the cast was invited to perform on CBS's ED SULLIVAN SHOW, the same night that the Beatles made their American, TV debut. It is written that what he saw on the stage of the Sullivan Theater changed his mind and his career path.

We're all glad it did.

He will be missed. Davy R.I.P.

Here, from the LOOMYAIRE YOU TUBE site is a rare clip of the Black & White audition film for the cast of THE MONKEES.