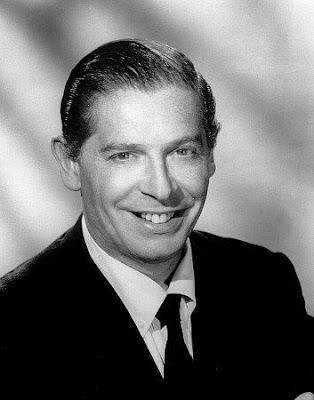 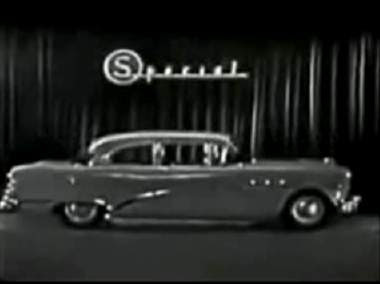 Here, from autumn of 1953 and from the AUTOMOBILE HISTORY USA YOU TUBE site, is a vintage video clip of THE BUICK/BERLE SHOW. The lavish variety program was a Tuesday night tradition on NBC-TV that starred Uncle Milty, AKA television pioneer and master comedian, Milton Berle.

General Motors Buick division was the sole sponsor and the commercials featured, the star, guest stars, dramatic portrayals, music jingles, vast sets, and of course, a mammoth ,new Buick. This excerpt extols the virtues of buying a six passenger sedan from the woman's point of view. The Buick musical signature is provided by Mr. Television himself, with an assist from guest star Peter Lawford. Enjoy!!!!!


Here is a bonus commercial featuring Buick spokesperson and TODAY SHOW announcer, Jack Lescoulie, with the history behind the panoramic windshield of the 1955 Buick Special.Enjoy!!!!!


Here are the openiong credits to the BUICK/BERLE SHOW on NBC-TV. As you'll see, subtle was neither Berle's nor Buick's strong suit.Enjoy!!!!! 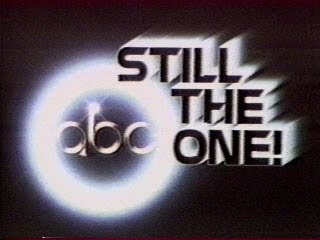 In the fall of 1977, Prime Time dominance was ABC-TV's to loose.

From it's inception in 1953 until the 1976 television season, the so-called alphabet network was a perennial loser in ratings and reputation.

The joke was "How do you end the Viet Nam War? Put it on ABC and it will be cancelled in 13 weeks!"

It enjoyed sporadic hits over the intervening years, that ranged from OZZIE & HARRIET TO THE ODD COUPLE, THE LONE RANGER TO MAVERICK, GENERAL HOSPITAL TO MARCUS WELBY M.D., and 77 SUNSET STRIP to BURKE'S LAW. BATMAN, THE FLINTSTONES,AMERICAN BANDSTAND, THE WIDE WORLD OF SPORTS AND MONDAY NIGHT NFL FOOTBALL also brought viewers and value, to what critics derided as "half a network," but never the throw weight to grow a successful schedule.


That changed in the Bicentennial year, when ABC established itself as a kinetic, diverse, sexy, smart, channel choice.Bolstered by strong local stations, it defeated NBC and CBS to win the largest nighttime audience in network television. 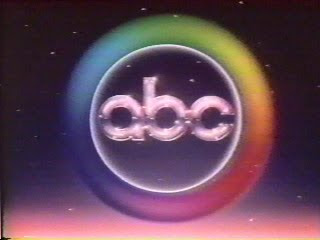 With their dignity, jobs and millions of dollars, on the line, ABC-TV's promotion department placed a very volatile bet on a 1976, top 40 hit from a band called Orleans to carry the networks corporate flag into broadcast battle.

The creative result was striking television that helped ABC-TV stay in first place for the 1977 television season.

So, as the American broadcast networks launch their new Fall schedules, this week, please watch the clip posted below from the DANF62465 YOU TUBE site, and enjoy a classic promo that moved the audience and rocked the television industry. Enjoy!!!!!!

LANDMARK TELEVISION FROM A LEGENDARY TEAM - SEE IT NOW - CBS-TV - CIRCA DECEMBER 2,1951 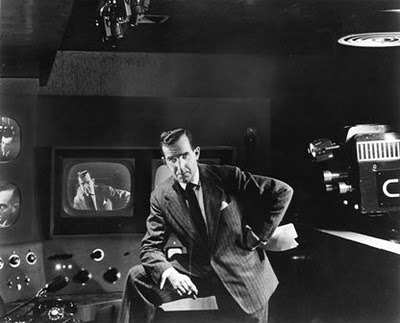 Just a brief post to remind ourselves of early television's innovative spirit.

In December of 1951, when CBS-TV debuted the legendary journalist and commentator, Edward R. Murrow, in one of the young medium's first magazine shows, SEE IT NOW, the production team decided to show viewers something that no human had ever seen before.

It should be no surprise, that along with the venerable producer of the program, Fred W, Friendly, who would later ascend to the presidency of the Tiffany network's news division, the director was video visionary, Don Hewitt, who would go to devise the protocols by which newscasts are produced and directed on television to this day ,and ,later,to create 60 MINUTES.

Watch this short excerpt from the EDUDKOWSKI YOU TUBE site and witness how the nascent medium sought to bring the world into a viewer's living room.Enjoy!!!!!

IN MEMORY, AND IN HONOR, OF THOSE LOST, THOSE WHO SURVIVED AND THE INDOMINABLE AMERICAN SPIRIT

September 11, 2001 was one of america's most painful days . We mourn the loss of life. We honor those who endured. We believe that the American Ideal is still the brightest of lights to offer those shrouded in darkness and in need of hope.

As is often the case in life, from the angry and acrid events that unfolded on 9/11/01, came one of the most honorable and significant moments in television news.The nation was served. There is no higher compliment to offer journalists thrown into a blinding whirlwind of personal angst and professional obligation.

They did their jobs. 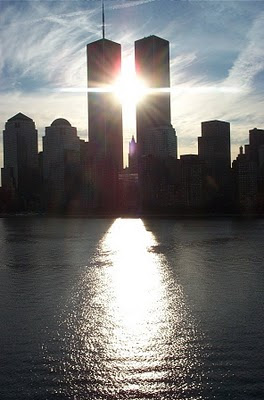 ON FEBRUARY 2, 1950, America fell in love with a primitive video game.

Not the kind of complex, digital diversions we enjoy , today, over six decades later.No Nintendo system was required and it was not powered by PlayStation. Especially, since they had not yet been invented.

This was a sophisticated parlor game, featuring erudite panelists, and an eclectic array of guests, that was played out on the CBS Television Network, first in glorious B&W and then in vivid color, for over 17 years.

On that Sunday night in 1950, WHAT'S MY LINE debuted and the show went on to become a durable, family-viewing fixture on the Tiffany Network for years. The premise of the game required that a panel of celebrities be tasked with quizzing a guest until they could determine that person's profession.

WHAT'S MY LINE? was hosted by noted journalist, and ABC News anchorman, John Daly. After much trial and error, the core panel stabilized with effervescent actress and broadcaster Arlene Francis, acerbic columnist Dorothy Kilgallen and urbane publisher Bennet Cerf, plus a rotating guest panelist. They appeared on 876,LIVE episodes. 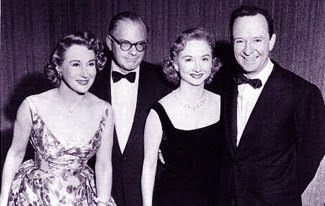 
The final network episode aired LIVE from New York City on Sunday September 3, 1967.A new version of the venerable game show went into national syndication from 1967 to 1975.This version was firsty hosted by newsman Wally Bruner and then actor Larry Blyden.Comedian Soupy Sales was a regular on that version.

WHAT'S MY LINE? , was created by game show titans,Mark Goodson and Bill Todman. It shaped the modern television game show and it was one of Goodson/Todman's earliest television productions.They appeared to thank the audience on the final CBS episode. 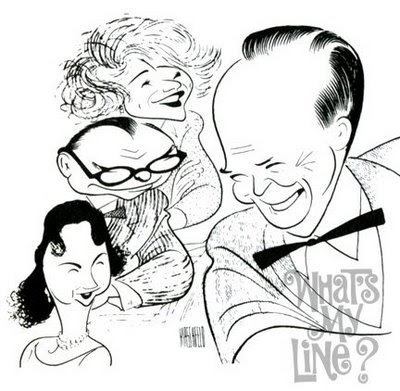 (the cast as viewed by the legendary artist, Al Hirschfeld)

The long running show always respected the audience and radiated intelligence.Plus,with host and panelists clad in evening gowns and black tie attire, WHAT'S MY LINE? had an air of 1950's , New York elegance.

Here, are two clips that show excerpts of the very first edition of WHAT'S MY LINE?on CBS-TV and the very last on the network.They come from the WHEELBRAINand 8498653YOU TUBE sites.Enjoy!!!!