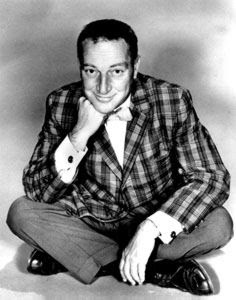 Garry Moore was television's quintessential quiet man.Even if his sportcoats were loud.

An affable, courtly video visitor to the homes of the baby boom generation, the Baltimore native, born Garrison Morfit, was known more for the company he kept, rather than showcasing his own talents.

Like Carson, Benny ,Douglas and Griffin, Garry Moore turned the spotlight on his guests and cast, knowing viewers would always recall that THE GARRY MOORE SHOW was really entertaining.

Carol Burnett was a regular on THE GARRY MOORE SHOW , his Tuesday night, variety series.

Major stars of stage, screen, radio, records and TV appeared on his daily,daytime, talk program, which was simulcast on the CBS RADIO NETWORK.

And Moore's hosting chores on the hit quiz show, I'VE GOT A SECRET put him in public proximity of presidents,pundits,actors,athletes and real people.

The comedian's accomplished writing staff included Woody Allen, Neil Simon and Vin Bogert. He was a very funny, versatile, unobtrusive performer who made the best of the material.

Moore was a household name in the 1950's and 1960's and a human profit center for the CBS television network, where his programs generated large audience and major revenues.Like so many of early television's star performers, who worked on LIVE shows, he faded in the public memory because his efforts were not preserved or repeated.

His CBS-TV variety show originally aired LIVE from The Ed Sullivan Theater, now home to LATE SHOW WITH DAVID LETTERMAN. It was subsequently produced on videotape, as his show had to share production facilities with other large-scale,variety efforts starring Jackie Gleason and the aforementioned Ed Sullivan.

On May 29, 1962, the Tiffany Network aired the 32nd episode of the series 4th season.Moore ended that series, each week, with a nostalgic, musical segment called THAT WONDERFUL YEAR. 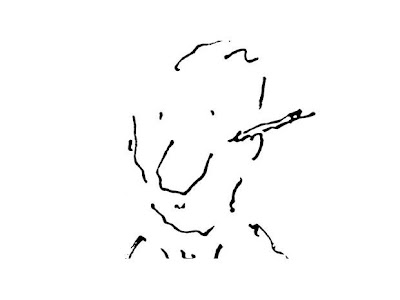 There is nothing sketchy about the video work of Brooklyn-Born, artist and illustrator R.O. Blechman. In fact, his animated efforts paint a vibrant portrait of American television sensibilities in the mid-1960's.

The author of an acclaimed graphic novel, entitled the JUGGLER OF OUR LADY, the cartoonist's black, animated line drawings, displayed over white backgrounds were , both, sharp and well defined, while almost ethereal. They brought an essential hipness to his storytelling.

Blechman's evocative holiday spot, commissioned by CBS-TV in 1966 essays the warmth of the holiday season in just,sixty captivating seconds. His Clio award winning debate between a long-suffering man and his acerbic, acidic stomach for Alka Seltzer was a triumph of advertsing as art.

Posted Below , from the DICKENSCAROLLERS & THE SMASH9GRAB YOU TUBE sites, are both of those extraordinary spots. Enjoy!!!!!

Posted by PAGEONE at 4:14 PM No comments: