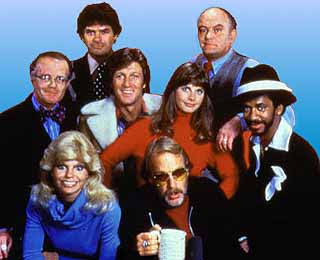 We hope you are enjoying the warmth of family and the comfort of food on this Thanksgiving Holiday.

Here is a fast and funny flashback to one of the best episodes produced for the wacky and wonderous CBS series, WKRP IN CINCINNATI. Think of it as sitcom sorbet between full courses of parades and football.

From the MRSTEPHENRGILMAN YOU TUBE site is the WKRP Turkey Drop episode , scoped down to just thirty seconds. Best wishes for the holiday season, and enjoy!!!!!:) 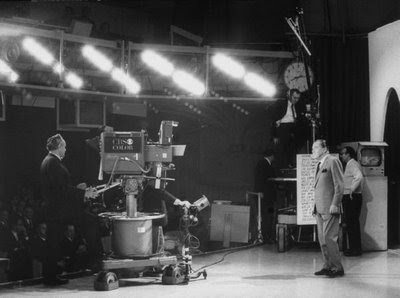 No cover charge. No drink minimum, Just the greatest array of comic talent that you could fit with the confines of a 21 inch television screen.

YOu just had to turn your dial ( TV's once had dials for channel tuning) to your hometown, CBS Television station at 8pm Eastern time(7pm Central) on any Sunday night.

That was the time for television viewers to participate in a true American ritual and a show business institution , THE ED SULLIVAN SHOW.

First entitled THE TOAST OF THE TOWN when it debuted in 1948, it was one of the nascent Tiffany Network's first and finest offerings.The name of the weekly, video variety show was changed in 1955, to honor the clunky and constrained host.

The show was performed "LIVE" from CBS-TV's STUDIO 50, which was re-named THE ED SULLIVAN THEATER IN 1966. 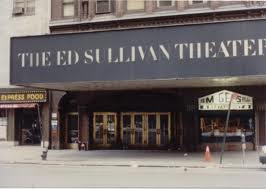 Today, that facility is home to THE LATE SHOW WITH DAVID LETTERMAN.

Sullivan, while an awkward personality on camera, had an innate ability to successfully combine video and vaudeville. A native New Yorker,he was a teen aged boxer and an acclaimed Broadway columnist, before stepping in front of the primitive cameras and under the scalding lights required to produce the earliest network broadcasts.

Smart and facile, his acute awareness of social trends and his surgically sharp, journalistic instincts help to drive the stellar roster of guests. Sullivan, along with producers Marlo Lewis and Bob Precht, delivered the most diverse programs on the tube. On any given Sunday, recording artists, night club comics, plate spinners, opera stars, poets and puppets would share the sprawling stage of CBS Studio 50 on Broadway.There were no barriers of gender, color, race, ethnicity or religion. Talent was the only ticket to center stage.THE ED SULLIVAN SHOW defined variety in video.

While the earliest TV stars were comedians, and the actors who portrayed cops or cowboys, Sullivan defied definition as a performer. America embraced the stoic star as a family member. 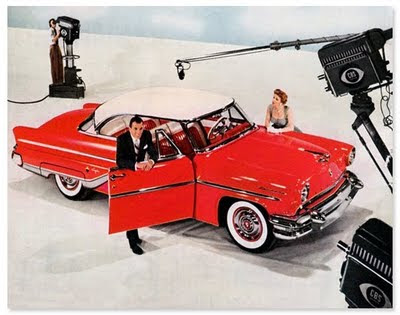 Sponsored for many years by The Ford Motor Company's Lincoln/Mercury Division, Sullivan ( aka The Great Stone Face)was a welcome presence on Sunday nights for 23 television seasons.His program was still drawing large, household audiences in 1971, when his show, like THE RED SKELTON HOUR and THE JACKIE GLEASON SHOW, were cancelled, as CBS and advertisers sought to cultivate younger, more urban demographics.

So many careers were launched, sustained or revived on THE ED SULLIVAN SHOW. The Beatles are ,actually, a small, albeit incandescent, part of the show's history. Like NBC's TONIGHT SHOW, Sullivan's weekly revue was a crucible for comedy. One appearance could launch a career.

Here from THE ED SULLIVAN SHOW YOU TUBE site, are six classic comic peformances from the mid-1960's through the early 1970's, when the program was in its primacy.Enjoy!!!! 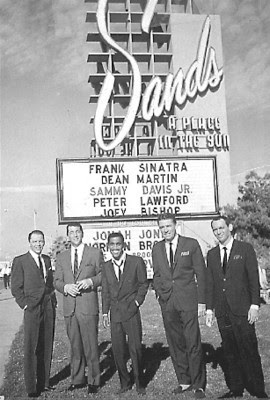 Dean Martin famously joked once that this is Frank Sinatra's world and we all just live in it.

But,if you examine the so-called Rat Pack , the show-biz confederation comprised of Sinatra, Martin, Sammy Davis Jr.,Peter Lawford and Joey Bishop, through a nostalgic prism,one thing comes into focus: Dino was the very apotheosis of cool.Not icy and biting , but offering a refreshing brace.Like a heavy tumbler of scotch on the rocks after a round of golf on a torrid Palm Springs afternoon.

On stage, Dino was impeccably tailored. had classic good looks, a pleasant voice, a deep reservoir of humor and mischief in his eyes.

In the clip posted ,below, from the SERGIUNEGHINA YOU TUBE site, you'll see an excerpt from a classic Dean Martin performance. He radiates confidence and suavity, while singing, joking and kibitzing with an off-stage Sinatra.

This segment comes from THE FRANK SINATRA SPECTACULAR, a black and white, benefit variety show that was staged on June 20, 1965 at the Kiel Opera House in St.Louis.

The show was was a closed circuit telecast beamed to theaters across the nation, where proceeds from the tickets that patrons purchased, went to Dismas House, a half-way house for former convicts in St. Louis.

On this night, Martin (who was just months from the debut of his hit NBC variety series) shared the stage with Sinatra, Davis and, ironically, Johnny Carson acted as host, substituting for his regular TONIGHT SHOW,back-up,Joey Bishop.Enjoy!!!!!

CAMELOT CAPTURED ON KINESCOPE - THE ELECTION OF PRESIDENT JOHN .F KENNEDY - NBC-TV - CIRCA 11/08/60 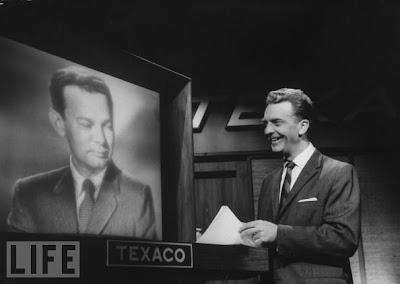 Every day, in Living Color, Dolby Sound and High Definition Video, the fiber of this nation is tested by partisan politics, as the unending multi-media news cycle puts all of us on the front lines of the acrid debate.

Relax. KINESCOPE HD is not going all ideological on you.

We just want to take a moment to flashback on a more gentile, if not truly innocent, time in the American political process and a landmark night in network television news. 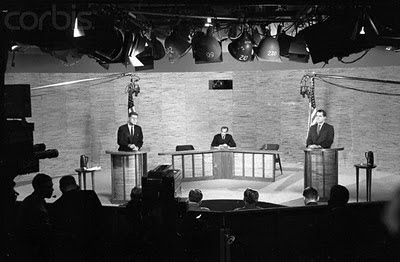 The adversaries made history facing off in the first televised debates in American History.While the content of their discourse is still being debated five decades later, most agree that it was a vital, virtuoso performance by Mr. Kennedy that propelled him to the American presidency.

JFK was as much a cultural phenomenon as a political option. He was handsome, charming, liberal and a Roman Catholic. Kennedy was the prodigal son in a family that was all but American royalty.His wife , Jackie was elegant, smart and socially engaged, while raising their toddler son, John-John and young daughter, Caroline. 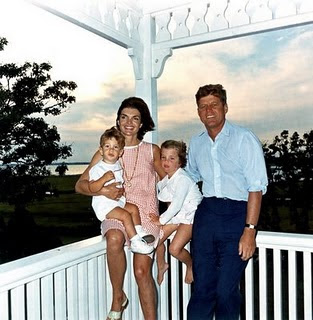 Mrs. Kennedy was an aspirational figure for so many young women of the time. The personable Kennedy was positioned by many pundits and show business luminaries as the perfect figure to lead America into the 1960's, a decade laced with nuclear threat, social upheaval and sexual liberation, that offered more danger than optimism.

The dashing young president's personal involvements with the likes of Marilyn Monroe and Judith Campbell Exner would not be made public until years after his death.There are still questions centering on the role that organized crime may have played in getting him elected. 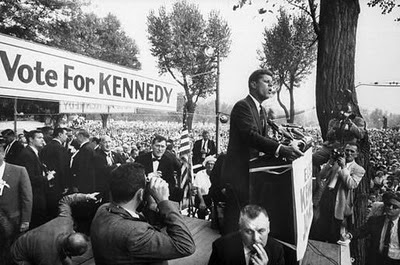 Cut down by an assassin's bullet in Dallas,Texas, on November 22, 1963, his short but electrifying time in office is still referred to by many as Camelot, in reflection of the mythical kingdom in which all who lived enjoyed a full, rich life.

On Election Night 1960, American television viewers and radio listeners turned to NBC NEWS in extraordinary numbers. From an elevated anchor position in the vast and versatile Studio 8H, Chet Huntley and David Brinkley anchored comprehensive coverage that was agile and contemporary in execution, while breezy and affable in tone.

It was one of the first times that television technology was commensurate with the scope of the story it captured, taking viewers across the nation.NBC turned to its corporate parent for the use of an RCA 501 computer to perform the high speed tabulations required to project key races. 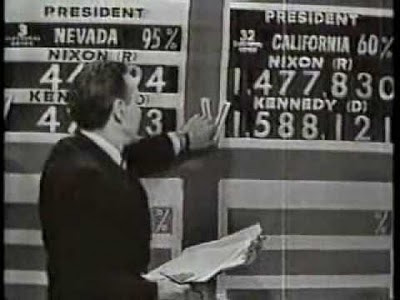 As Tuesday night morphed into Wednesday morning, the TODAY SHOW team of Dave Garroway, Jack Lescoulie and Frank Blair joined Huntley and Brinkley to say that the network's morning show was deferring to election coverage and would join viewers when the all of the ballots were finally tallied.

The vote count in California ( Nixon's home state) was so slow that it would be after 7:00AM Eastern Time before NBC NEWS could project a Kennedy victory. NBC's News Division was back throughout the broadcast day to cover Mr.Kennedy's upbeat acceptance speech and Mr. Nixon's bitter concession. 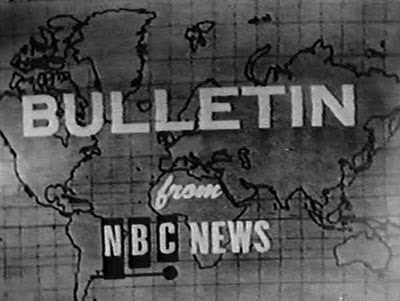 Huntley and Brinkley dominated network news ratings during most of the 1960's, even in the face of relentless competition from CBS's redoubtable and respected Walter Cronkite. On election night and in every other major story of the decade, from War in Viet Nam to Man on the Moon, the pair was ably supported by Peacock Network stalwarts, John Chancellor, Frank McGee, Sander Vanocur, Merrill Mueller, Nancy Dickerson, Herb Kaplow, Ray Scherer, Peter Hackes and so many more.