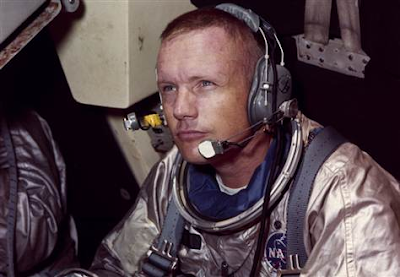 There is not a person on this planet who was alive on the night of July 16, 1969 who doesn't know where he or she was on that warm,anxious summer evening at 13:32:00 UTC.

While some small percentage of the global populace had their eyes on the skies, most of us were focused on a television screen.

My family gathered around a 24 inch Admiral, B&W console model in our living room. We ate pizza and drank Coca Cola, as the NBC News troika of space coverage, Chet Huntley, David Brinkley and Frank McGee, calmly and clearly explained the wondrous story that was unfolding some 238,857 miles away on the moon.

They offered an occasional wry and prosaic aside about the electrifying adventure at hand, and the almost unfathomable scale of the historic event that we would soon witness.

We were hoping for a moment of celebration, in a time of anger and violence, marked by social upheaval in the streets.

And then it happened:

Every person on Earth with access to a television could see the same fuzzy, monochrome image, captured on a barren rock in the sky that was as old as human memory, and sent home by the most amazing television technology that mid-twentieth century engineers could devise.

The world watched as Astronaut Neil Armstrong set foot on the Moon.

Television took us along for the incredible ride.

As he climbed down the ladder the APOLLO 11 Lunar Module,he uttered the simple, but enduring phrase, "THIS IS ONE SMALL STEP FOR MAN AND A GIANT LEAP FOR MANKIND."

Those words have resonated with every person who dreams of traveling to the stars, ever since.

He was 82 years old, a devoted Family man, a respected educator , an accomplished engineer, and ,perhaps, the last , true American hero.

There are no reports of embarrassing escapades. No scandals.No reason to place an asterisk next to his name in the history books that record his extraordinary accomplishments.

Armstrong , it is reported, always was uncomfortable with fame. It is said that he never used his celebrity to enhance his own personal wealth or social standing.

He declined the spotlight, but , it seems, that moon glow just doesn't fade.

Here from HULU, Metacafe and NBC News is the story of Apollo 11's amazing journey to the Moon. 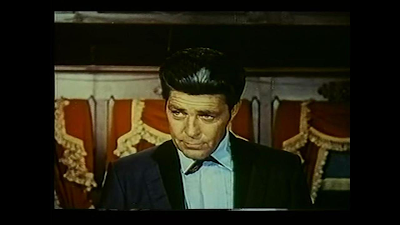 The Fall of 1966 was a time of inspired innovation in network television and while CBS was then, as now,Amercica's most watched television network and ABC cultivated unaffilated,youthful viewers, NBC lead the league in creative programming concepts and technological advancement.

The Peacock's decision to take it's full broadcast day to LIVING COLOR in 1965, propmted the competition to do the same, in September of 1966, taking their silvery black and white schedules to vibrant ,vivid color.

NBC also crafted a new genre of story telling in partnership with future COMCAST corporate sibling, UNIVERSAL TELEVISION , in a groundbreaking inititaive called PROJECT 120. The landmark strategy was to produce original, feature length films, specifically for television distribution. Some productions would be sold to foreign broadcasters, some would be released theatrically around the globe, and many, if not most, were designed to serve as pilot episodes for proposed series.

While CBS looked on with curiosity about the prospect of partnering with a film studio to make movies, ABC-TV and COLUMBIA PICTURES' television subsidiary, SCREEN GEMS, best known for producing sitcoms like HAZEL, THE MONKEES AND I DREAM OF JEANNIE, moved into high gear.

On Easter Sunday, April 10, 1966, a sprawling, adult, western adventure with comic overtones called SCALPLOCK premiered on the ABC SUNDAY NIGHT MOVIE. It was the pilot for a proposed series called THE IRON HORSE which starred Dale Robertson, who was one of NBC's most bankable cathode ray cowboys of the 1950's, having been the lead in TALES OF WELLS FARGO.

SCALPLOCK told the two-fisted tale of gambler Ben Calhoun who won the Buffalo Pass, Scalplock, & Defiance Railroad in a poker game.The problem was that the actual railroad has yet to be completed.Along the way there are the requiste romantic encounters,double-dealing villans and ubiquitous dynamite blasts,all unfolding with an easy grin and a good-natured giggle.

The fast-paced,engaging script was written by Stephen Kandel and James Goldstone ( who also directed ) and produced by Herbert Hirschman.The film had rich production values on a limited budget and a television shooting schedule. It was picked-up by ABC-TV and THE IRON HORSE series ran from September 12, 1966 to January 6, 1968.

THE THRILL OF VICTORY ... AND OF TELEVISION EXCELLENCE - ABC'S WIDE WORLD OF SPORTS - ABC-TV - CIRCA 1977

After these 17 extraordinary days of the 2012 London Summer Games, it is almost necessary to take a moment to recall and ,in my opinion, revere the true Templar in network television coverage of athletic competition : ABC's WIDE WORLD OF SPORTS.

From the 8thMOTIVE YOU TUBE site, here is the 1977 version of the iconic opening titles to ABC'S WIDE WORLD OF SPORTS. 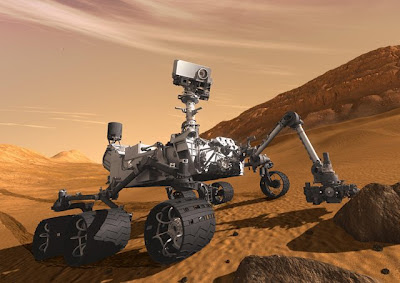 As we marvel over the incredible technological achievement and the extraordinary images that have already been transmitted from NASA's CURIOSITY ROVER , newly arrived on Mars, home to Earth...Kinescope HD thinks it might be fun to flashback to a more innocent, but still inventive, attempt to link continents on this planet by some of the earliest, commercial communications satellites.

On June 27th, 1967 broadcasters in Australia, the UK, Japan, Canada and more, exchanged signals , in what we now view as a primitive effort,to share programs using two spinning satellites, "parked" some 22,000 miles above the Earth.

Russia and other ,so-called, Eastern Block nations were supposed to participate, but dropped out of the project , to protest Western support of the 1967 Mideast War.'

Here , from the WATVHISTORY You Tube site, is the amazing presentation of OUR WORLD.Enjoy!!!