THE SWEET SOUNDS OF A VIDEO VETERAN - ANDY WILLIAMS PASSES AWAY - CIRCA. SEPTEMBER 25, 2012 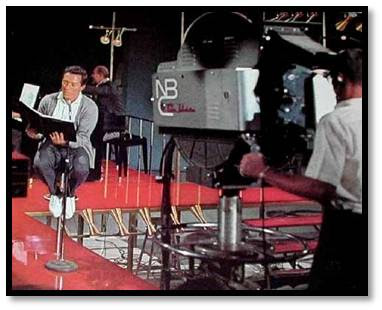 While most folks under 25 may not know him or his work, he provided some of the softest, sweetest music to the American Soundtrack of the 1960's.

He was a fixture on NBC from his earliest work on THE STEVE ALLEN TONIGHT SHOWto his long-running variety series, THE ANDY WILLIAMS SHOW.

Many of those meticulously produced shows have been re-purposed for airing on PBS Stations ,airing during pledge drives.

Andy Williams easy sound didn't always top the charts , but THE ANDY WILLIAMS SHOW entertained millions of people week after week, season after season and to me , that's a great epitaph.

Here from the ANDYWILLIAMS 7864 YOU TUBE site, is a sample of Andy Williams affable and relaxed television show. R.I.P.

A VIDEO VISIONARY HAS PASSED AWAY - STEVE SABOL - NFL FILMS 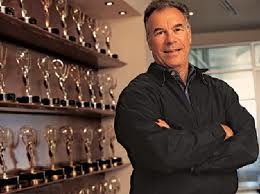 If you love football or television, a man named Steve Sabol has enriched your life.

Sabol was the son of NFL FILMS founder Ed Sabol.He was also the prolific, creative force behind that vibrant production company,which chronicled the weekly, gridiron exploits of American professional football on television, starting in the 1960's.

Steve Sabol passed away at age 69 , this week, after a long struggle with brain cancer.

As a writer, producer, designer and host, he saw poetry and grace in the grimy,bloody,violent, passionate, noble game of inches and inspiration that captives America on any given Sunday in the Fall.

His laudable legacy is printed on reels of celluloid that offer a powerful tableau of the athletic precision and artistic accomplishment that exemplify the National Football League and stand as vibrant testament to the dignity of the sport.

Sabol's rich repertoire included hand-held camera techniques , a rich symphonic score, the stentorian oration of iconic broadcaster John Facenda and expressive narrative that was as much poetry as prose.

Below, from the BRAYAS YOU TUBE site, is a true masterpiece from vision of Steve Sabol and the NFL FILMS portfolio : AUTUMN WIND

A STELLAR SHOW ABOUT SPACE JUNK - THE RARE, FULL PILOT FOR SALVAGE - ABC-TV - CIRCA 1979 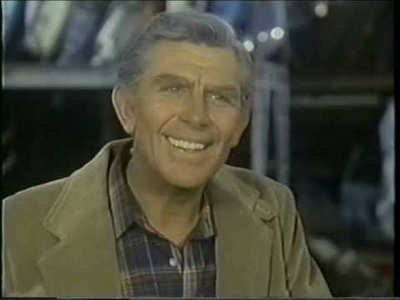 1960's television offered no place so down-to-Earth as Mayberry, North Carolina. This was a bucolic Camelot that was replete with eccentric residents and a sage Sheriff, who could solve the most complex , comic dilemma in 28 minutes, less commercials and credits.

It was a place of innocence in a time of social and political tumult.

In the late 1970's ,American exceptionalism was challenged on a daily basis, the economy was stalled and we faced a national crisis in confidence.

In the creative community, network executives, producers and performers tuned their eyes to the heavens and searched for answers.

Just above the horizon, ABC-TV enjoying it's first few seasons as America's most watched network, found BATTLESTAR GALACTICA, a futuristic tale about an armada of endangered nomads seeking a storied home in a far off galaxy and the fanciful story of an Earth-bound, but inspiried junk man with designs on lunar travel, called SALVAGE, starring Mayberry's favorite lawman, Andy Griffith. 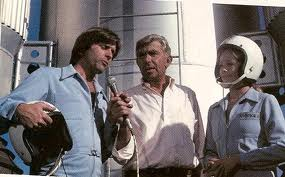 The pilot film was a hit on THE ABC SUNDAY NIGHT MOVIE and the series was commissioned.

Produced by Columbia Television, it offered a wholesome, yet wondrous story of an all-American entrepreneur and his enthusiastic team. The initial reviews were glowing, but the lustre soon faded.

SALVAGE ONE, as the series was labeled, debuted on January 20, 1979, as a mid-season replacement show, but lasted only 19 episodes.

Here from the MUSICLOVER 1966 YOU TUBE SITE is the full pilot for SALVAGE. Enjoy!!!

WHEN TELEVISION ROCKED THE MOVIES - THE T.A.M.I. CONCERT - AMERICAN INTERNATIONAL PICTURES - CIRCA 1964 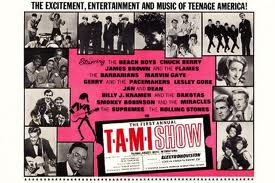 What was the best television show you ever saw in a movie theatre?

Think back to the sixties, before boxing matches or the METROPOLITAN OPERA were shown LIVE and in HD at the local cineplex.

In 1964, televisionary Steve Binder, who would go on to produce and direct major comedy and variety programs that ran the gamut from HULLABALOO to PEE WEE'S PLAYHOUSE to ELVIS '68 to the EMMY AWARDS, used inventor Bill Sargent's experimental, ELECTRONOVISION TV system to shoot a ground breaking, rock & roll event, which targeted the teeenage audience. 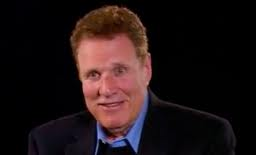 The ELECTRONOVISION technology used specially developed, monochrome cameras,which shot over 800 scanlines at a 25 frame per second resolution, to
record a high quality film version of the landmark musical program.

It was then duplicated and sent to theaters, here,and around the globe.

It was called THE T.A.M.I. CONCERT, and the acronym stood for teenage American music international.

The all-star, rock show, shot in Los Angeles, may have been the first tremor of the youth-quake that would overtake American media in the decades ahead.

In our opinion, the show is still an incredible testament to the ability of television to capture the exuberant and , sometimes provocative,message in the Rock & Soul music of that era.

Here , from the DOWOPPERS51 YOU TUBE SITE is a clip of Lesley Gore on THE T.A.M.I. CONCERT.