REACHING FOR THE STARS - THE 50TH ANNIVERSARY OF JOHN GLENN'S FLIGHT INTO ORBIT - NASA FILMS - CIRCA FEBRUARY 20, 1962 In the sixth decade of what came to be known as The American Century, adolescent Baby Boomers dreamed of colonizing distant planets, while the disicplined members of the Greatest Generation did the heavy lifting required for human beings to escape the bonds of Earth's atmosphere.

At the NASA, the National Aeronautics and Space Administration, insightful scientists and industrious technicians were building the groundbreaking flight systems that would allow American Astronauts to take the first halting steps in a fabled journey to the Moon.

On February 20, 1962, the whole world was watching, as Marine war hero, John H. Glenn, rode in a confining Project Mercury space capsule, atop an Atlas Missle, into low Earth orbit and into the history books.

It was a global media event, as Television and Radio networks around the planet carried the LIVE images and sounds of Glenn's oddessey in space.

Here, from the USNATIONALARCHIVES YOU TUBE site, is a film produced by NASA , introduced by President John F. Kennedy and narrated by DRAGNET'S Jack Webb, chronicling an amazing chapter in American history,entitled THE JOHN GLENN STORY.Enjoy!!!! 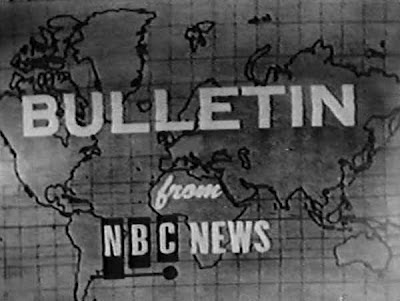 If you ever have wondered how the ballot you cast,behind the curtain of a voting booth in your hometown, winds up as one digit among millions on a television network's, election night,graphic display, I suggest that you click on the video posted below.While it details the process of gathering election night data circa 1960, the premise has not changed , even if the protocols have evolved for news in the digital age.

Visit msnbc.com for breaking news, world news, and news about the economy

I posted that video, from MSNBC, as a way to help bring the conventions of election coverage into sharp, if monochromatic, focus.

The 1960 race for the Presidency of the United States was a Templar of the challenges we faced as America entered a new and hopeful decade, that was viewed my most to be filled with promise and fraught with problems.

Two young candidates , Democrat John F. Kennedy and Republican Richard M. Nixon, representing almost diametrically opposed visions for this country's future, would engage in ground-breaking debates. These contentious confrontations were not distinguished by the eloquence of the exchange or the substance of the ideas advances, but because it all unfolded on LIVE television for the first time in history.

It took until the morning of Wednesday, November 9th to determine that John Kennedy , son of an affluent Massachusetts family and war hero, would serve as the 35th President of the United States.We now know that his time in office, referred to by many as Camelot,would end in the angry retort of gunfire on a November day in Dallas, Texas, 3 years later.

NBC NEWS won a mandate from the television audience on election night, as well. A virtual, ratings landslide set the course for NBC NEWS to dominate political coverage for years to come. 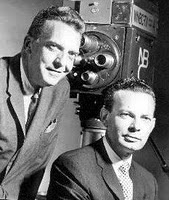 Chet Huntley and David Brinkley, NBC's weeknight anchor team, head the election night team. Supported by the latest television technology that NBC's parent company, RCA could supply and an incredible team of correspondents, producers and technicians, NBC's smart, engaging and literate coverage stands as the model for election night production to this day.

From the DAVIDVONPIEN1 YOU TUBE site, enjoy NBC NEWS coverage of Election Night 1960!!

Posted by PAGEONE at 9:28 PM No comments:

Don Cornelius was an entertainer and entrepreneur, who took millions of television viewers on the "Hippest Trip in America" each weekend, aboard the SOUL TRAIN.

He created and hosted a vibrant, exuberant show that introduced some of the greatest performers in R&B to a loyal and diverse audience from its inception in 1971 until he retired in 2007. 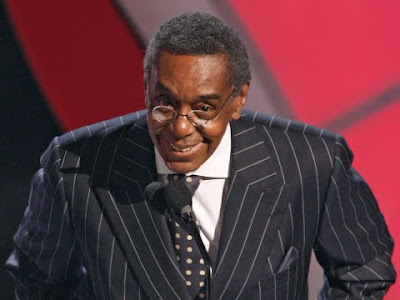 Yesterday,at age 75, in poor health, he killed himself. His final years were marked by an ugly divorce and charges of domestic violence.

It's sadly ironic that a man who did so much to bring so many people together in happy celebration of music, fashion and culture would end his life in a lonely,violent act.

The syndicated show that he launched on a Chicago, UHF station changed careers, lives, style and attitudes among all of us who made sure we were in front of a TV set when the SOUL TRAIN came roaring into our homes.

We hope that Don Cornelius will rest in peace, love and soul.

Here , from THE SOUL TRAIN YOU TUBE CHANNEL, is a montage of the teens, the talent, the music and the fashion that made SOUL TRAIN an American institution